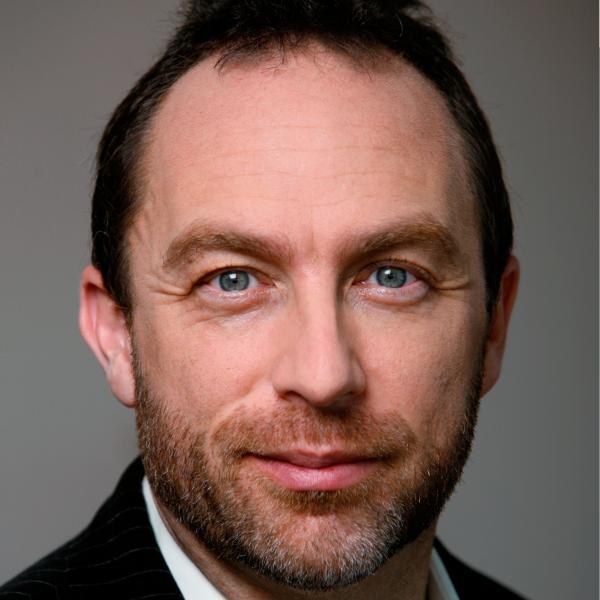 Founder, Wikimedia Foundation
Jimmy Wales is an American Internet entrepreneur best known as the founder of Wikimedia Foundation, the charity which operates Wikipedia.org, and as the co-founder of Wikia.com. Wales received his Bachelor’s degree in Finance from Auburn University and his Master’s in Finance from the University of Alabama. During his academic career, he published an academic paper, “On the pricing of Index Options when all the underlying assets follow a lognormal diffusion”. Before he started his career as an Internet entrepreneur, he worked as a futures and options trader in Chicago, trading mostly short-term interest rate derivatives and currency futures. In 2007, The World Economic Forum recognized Wales as one of its Young Global Leaders. This prestigious award acknowledges the top 250 young leaders for their professional accomplishments, their commitment to society, and their potential to contribute to shaping the future of the world. In addition, Wales received the “Time 100 Award” in 2006, as he was named one of the world’s most influential people in the “Scientists & Thinkers” category. He was appointed a fellow of the Berkman Center for Internet & Society at Harvard Law School in 2005, and in 2006, he joined the Board of Directors of the non-profit organization Creative Commons. In January of 2001, Wales started Wikipedia.org, the online encyclopedia that anyone can edit. Today, Wikipedia and its sister projects are among the top five most visited sites on the Web. In mid-2003, Wales set up the Wikimedia Foundation, a non-profit organization based in San Francisco, CA, to support Wikipedia.org. The Foundation, now based in downtown San Francisco, boasts a staff of close to 150 focusing on fundraising, technology, and programming relating to the expansion of Wikipedia. Wales now sits on the board of trustees of the Wikimedia Foundation, and continues to act as a key spokesperson. In 2004, Wales co-founded Wikia.com, a completely separate company that enables groups of people to share information and opinions that fall outside the scope of an encyclopedia. Wikia’s community-created wikis range from video games and movies to finance and environmental issues. Wikia’s network is now ranked 16th most popular website according to Quantcast.com, and strong growth continues. In 2014, Wales was appointed Co-Chairman of The People’s Operator, a UK-based mobile operator that enables the user to donate 10% of their phone bill to a cause of their choice, at no extra cost to them. In January 2016, Wales became a non-executive director of the Guardian Media Group. Wales is currently living in London, where he intends to make his permanent home.