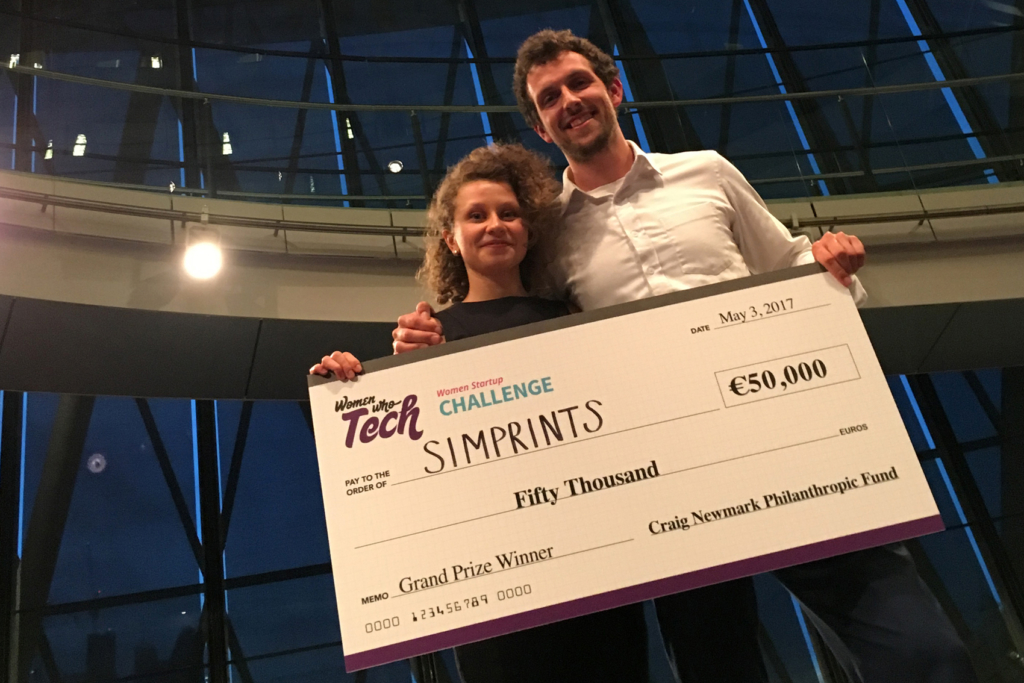 London was the scene of a milestone for women in tech as the nonprofit Women Who Tech, and primary sponsor Craig Newmark, founder of craigslist and the Craig Newmark Philanthropic Fund, announced the winners of the Women Startup Challenge Europe. Women-led startup contestants pitched their ventures before a prestigious panel of tech industry executives and investors May 3 at London's City Hall, hosted by the office of Mayor Sadiq Khan.

Simprints from the UK received the grand prize, a grant of €50,000 cash courtesy of the Craig Newmark Philanthropic Fund, and one-on-one mentoring with Wikipedia Founder Jimmy Wales.

"This is our first-ever international competition and the response from the tech community has been extraordinary," said Allyson Kapin, founder of Women Who Tech. "We had more than 200 applicants, and our finalists included some of the most innovative women-led startups based in Austria, Finland, France, Ireland, Spain, and the UK."

Simprints has developed an inexpensive biometric scanner, mobile app, and cloud platform that could become the first source of providing identity to the 1.5B people worldwide who do not have formal IDs by using people's fingerprints to accurately link them to records.

The Audience Choice Award went to Lifebit from Spain, which will receive $120,000 in cloud services from IBM. Lifebit enables real-time genomic analysis—easy to deploy, portable across clusters and clouds, scalable, reproducible, and time and cost-efficient.

The other finalists will each receive $10,000 in cloud services.

"Supporting women in tech is a big deal, and not just in the U.S.," said primary sponsor Newmark. "The tech industry worldwide needs more women. We need their perspective and talent. But only 10 percent of global investor money goes to women-led startups, even though women-led companies deliver a 35 percent higher return than those led by men. We've got to invest in talent and close this gap."

The 10 finalists are being hosted at London's Mozilla for mentoring with investors and startup experts Paul McNabb of Episode1, Charles Thiede of Zapnito, Russell Buckley of Kinder Capital, Diane Tate of Mozilla, and Georgia Taylor-Foster of Playfair Capital.

This competition marked the fifth Women Startup Challenge since June 2015 and the first to be held outside the U.S.  To date more than 1,500 women-led startups have participated and nearly $1M in cash and other prizes have been awarded to winners and finalists.