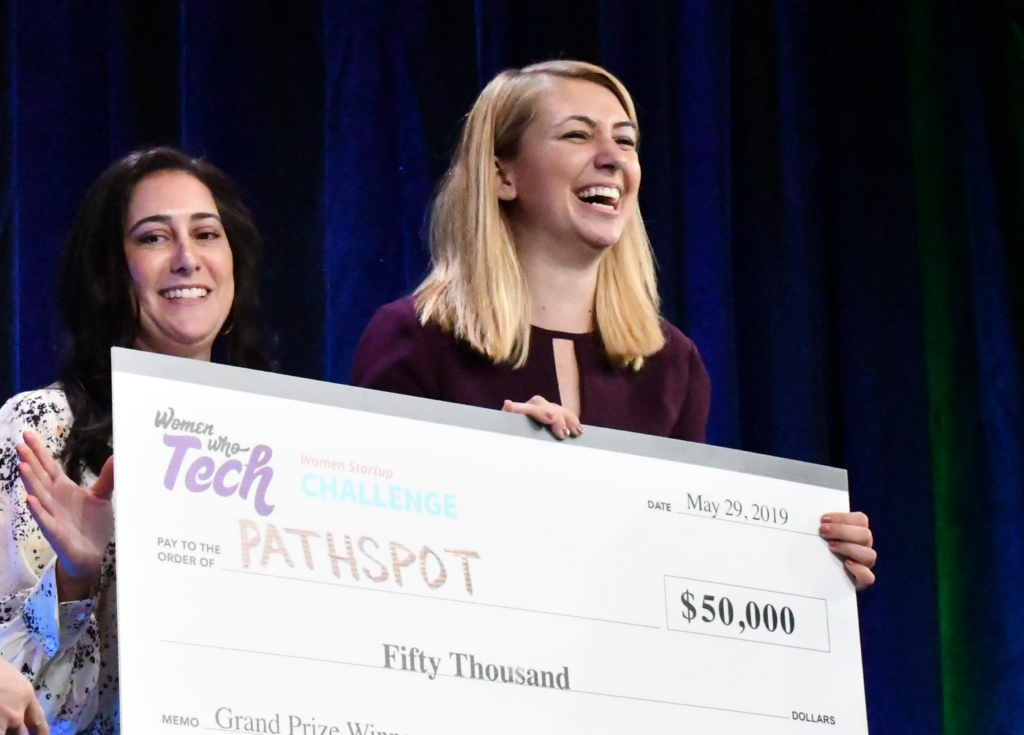 Today, nonprofit Women Who Tech, one of the largest organizations that funds and showcases women-led ventures, announced the winner of the 2019 Women Startup Challenge hosted at Google.

Women-led startups from across the US and Canada pitched their ventures before a prestigious panel of tech industry executives and investors on May 29th at Google's NYC headquarters.

PathSpot cofounder and CEO Christine Schindler was awarded the grand prize of $50,000 for their innovative hand-scanning system that eliminates the threat of foodborne illness by instantly detecting invisible signs of bacteria and viruses that cause foodborne illness including Norovirus, E.coli, Listeria, Hepatitis A, and Salmonella.

The Audience Choice Award went to Stephanie Yim, cofounder of Good Call, who will receive $120,000 in cloud services from Google for establishing a centralized 24/7 arrest support hotline for those detained to provide legal support in under a minute.

The eight other finalists - Basepaws, Ejenta, Elidah, Farm Fare, i-Subz, Metalmark Innovations, Queen of Raw and The Growcer – each will receive $20,000 in cloud services from Google.

"There is a severe disparity when it comes to funding diverse startups. We need to equally back those who are making an audacious impact on a national and global level. Our Women Startup Challenge at Google successfully showcased an array of innovators who need funding to scale," said Allyson Kapin, founder of Women Who Tech. "We have hard data to show the investor world that placing big bets on women-led startups will generate big returns."

"Investors need to put their money where their mouths are to support women founders and close the funding gap for good. This will help maximize innovation and create products that are useful to everyone," said Craig Newmark, founder of craigslist and Craig Newmark Philanthropies, and Advisory Board member for Women Who Tech.

The 10 finalists will also be hosted at Silicon Valley Bank for one-on-one meetings with investors.

About Women Who Tech
Founded in 2008, Women Who Tech is helping to draw global attention to the significant gender bias in venture capital funding by shaking up a culture and an economy that has made it exceedingly difficult for women to launch and scale their startups.

By showcasing women-led ventures through Women Who Tech's flagship Women Startup Challenges, the nonprofit provides capital, mentoring, direct access to leading investors, and other resources for women who are creating the most innovative tech companies, with the ultimate goal of closing the funding gap for good. To date, 84% of the Women Startup Challenge alumni have raised investor funding, collectively totaling $53M+.